In the week of 25-29 November, there won't be any trainings due to an event in hall X3

As a substitute, the Eminent turnhall in Naaldwijk has open trainings where you can train at your own risk. The costs need to be payed in cash at the location. These trainings are at the following times: 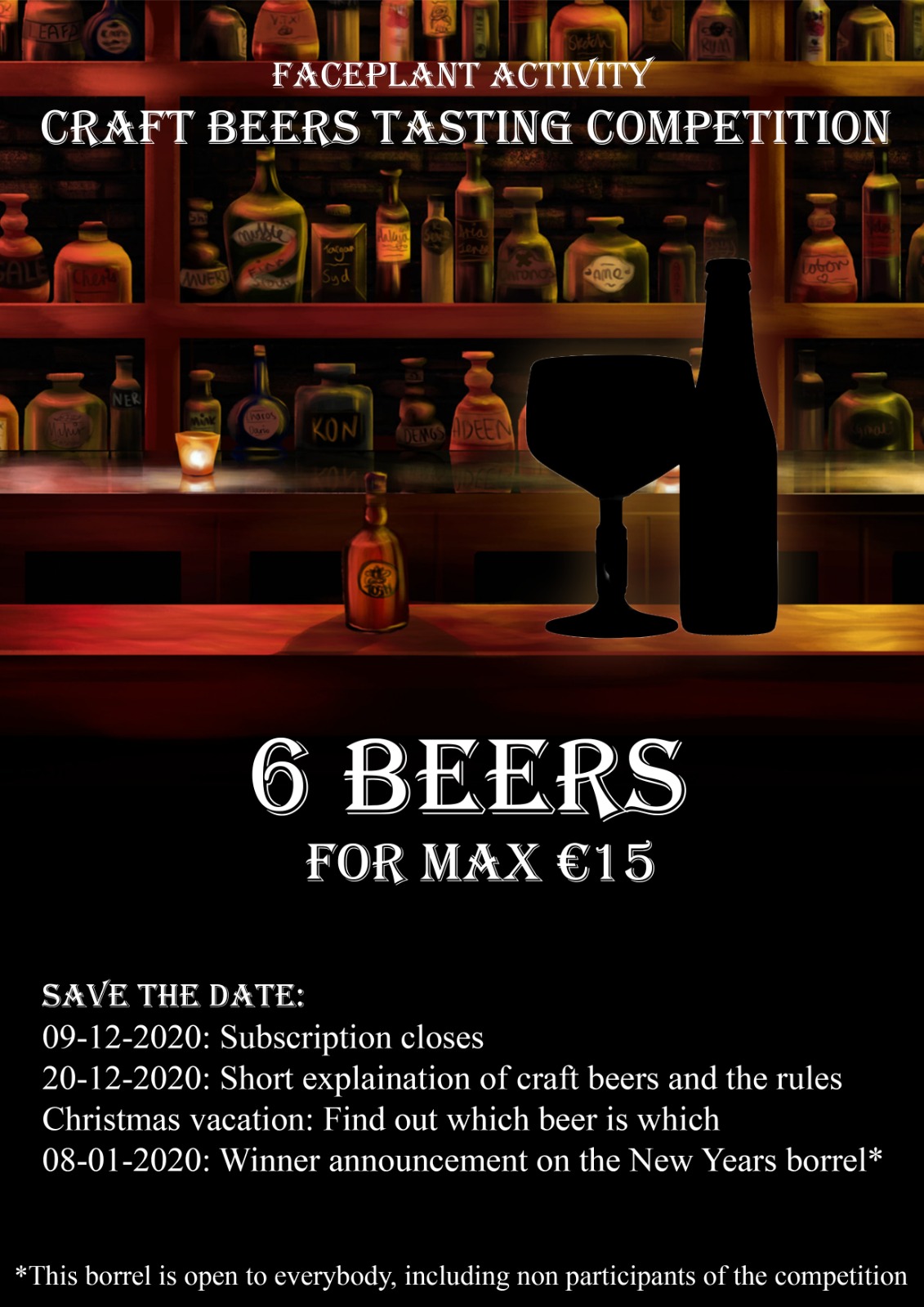 The FACEPLANT is organizing a tasting competition in craft beers (speciaalbiertjes)🍻. The maximum price is 15 euros and you will get 6 beers. There is a short explanation on the 20th of December via zoom Read more…